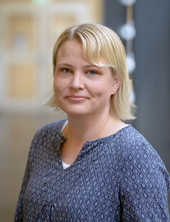 Mononen’s research focuses on the development of mathematical skills and factors related to mathematical learning difficulties, as well as assessment and intervention for children at risk for or having mathematical learning difficulties. She has been involved in developing mathematics assessment and intervention materials for Finnish and Norwegian children aged 6-8 years old. Currently, she takes part in two intervention studies in Norway: one focusing on using a small-group ThinkMath intervention with low-performing first graders, and another using an app called Vektor (cognitionmatters.org) to improve the basic mathematics skills of second graders. In addition, she takes part in a study, which focuses on the relations between mathematics performance and motivation in third graders in four different European countries.

Description of the plenary lecture